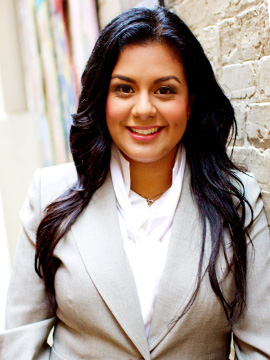 I’ve been asked often, “How and when did you know you wanted to be a therapist?” I can tell you I was fortunate enough to know this was my calling since the 7th grade. That’s right. At the age of 12 I knew this was my calling after being mentored by students from DePaul University, some of which were psychology majors. My classmates and I were asked to write about a profession we would be interested in learning about. After writing about the field of psychology, my passion for the profession began.

I received my B.A. from the University of Illinois at Urbana-Champaign. As an undergraduate, I worked with a post-doctorate to co-author “Training Researchers to Use the Project Manager Model with Human Participants” which was submitted and approved by the American Psychological Society.

I immediately transferred into a graduate program at The Chicago School of Professional Psychology where I earned my Masters degree in Clinical Counseling.

My career began at a non-profit agency on the Southwest side of Chicago working with children and families involved in the child welfare system. Here I gained extensive training working with survivors of trauma from sexual abuse, physical abuse, and neglect. My role as a therapist involved learning how to truly understand a person as a whole by learning about their attachment to others, biological factors, family systems, and trauma history.

I sought to explore a new area within the agency to further build on my skill set. I began working with pregnant and parenting teen wards of the state. My position focused on conducting in-home therapy throughout the entire city of Chicago. These in-home visits were invaluable as I created more understanding of how their environment contributed to their emotional suffering.

In 2012, after 5 years of working within the child welfare system, I decided to explore the world of private practice after becoming a Licensed Clinical Professional Counselor. To date, I have received training in Child-Parent Psychotherapy through the Erikson Institute, the T.E.A.M approach with Dr. David Burns, and earned certification in domestic violence counseling through South Suburban Family Shelter, Inc. I am also a member of the Illinois Mental Health Counselors Association.

We're currently offline. Send us an email and we'll get back to you, asap.